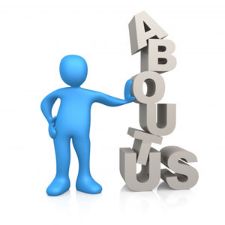 Allah (glorified and exalted be He) says in the Qur'an,"Who is better in speech than one who calls (men) to Allah, works righteousness, and says, "I am of those who bow in Islam"?" (Al-Qur'an 41:33)

Just Dawah is a small but growing charitable organisation that was established in 2012 with the aim of promoting religous harmony between communities by providing a sound education for all about Islam and to help & support New Muslims in their new way of life.

Just Dawah found that there was a need for raising awareness and understanding of Islamic religious beliefs and practices by carrying out missionary and outreach work for the benefit of the public.

Just Dawah realised that many Muslims wanted to convey the peaceful message of Islam but lacked confidence and skills in this field. We therefore developed a range of dawah training courses.

Just Dawah assessed a need for New Muslim Support after research studies showed that many New Muslims were leaving Islam after coming into the fold of Islam due to lack of support from the Muslim Community.  Just Dawah aims to empower and provide New Muslims with a strong foundation, easing their transition into Islam so that they can develop their self-confidence as Muslims, taste a deep and unique sense of brother- and sisterhood and enjoy the great blessings of being a Muslim, thus allowing New Muslims to be able to sustain their faith and remain steadfast in times of adversity.

• To advance religion by raising awareness and understanding of Islamic religious beliefs and practices by carrying out missionary and outreach work for the benefit of the public.

• Promote religous harmony between communities by providing a sound education for all about Islam.

• To help New Muslims to the best of our ability with materials & resources.

• To provide informative literature  to Non Muslim &  Muslims about Islam.

• To help Muslims gain the confidence and skills to give dawah (convey the peaceful message of Islam).

• Are you a New Muslim or thinking about reverting to Islam ?

• Are you a Non-Muslim that just wants more information about Islam ?

• Want us to arrange a dawah training course for you and your freinds ?

• Then please get in touch with us thank you